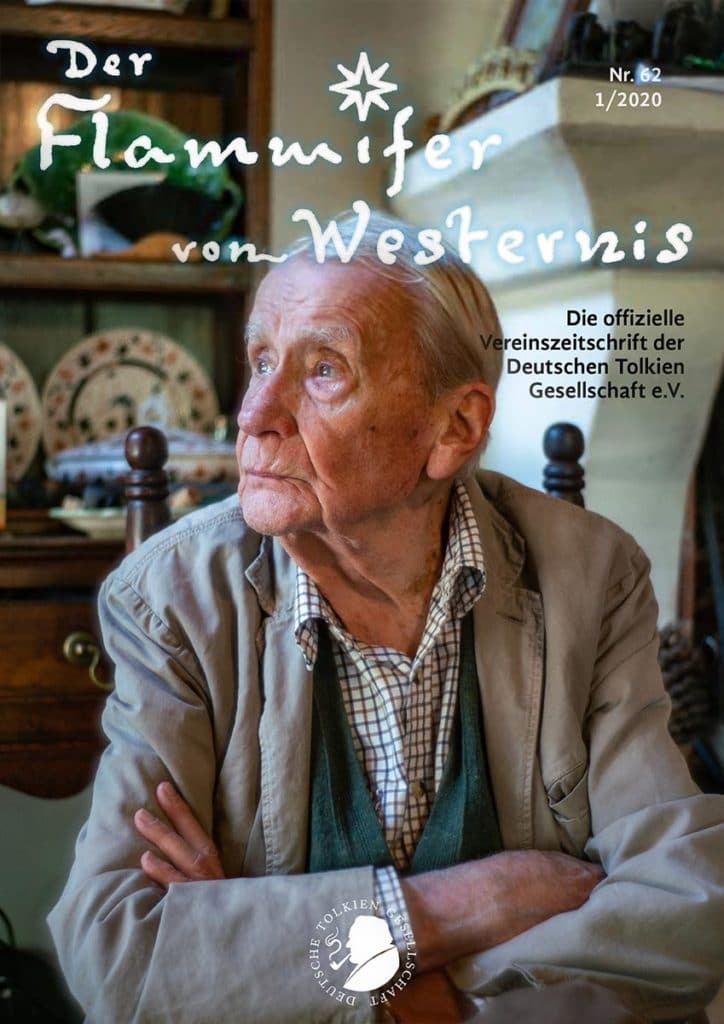 Tolkien Seminar 2019 – Power and Authority in the Works of J.R.R. Tolkien
Annika Röttinger and Christian Lemburg report from last year’s Tolkien Seminar, where questions concerning structures of power, figures of authority, rulership and sovereignty were raised and discussed in depth. Several lectures also focused on the relation of power and authority the female characters display in Tolkien’s works.

An anniversary with obstacles
Ingrid Nelsen recounts the festivities of the 20th anniversary of Oskölliath, the Smial in Cologne and shows how she and her companions managed to organize a night to remember, even though evil goblins and a series of misunderstandings nearly thwarted the ambitious project.

A journey through Fantasy I: High and Low
Marie-Noëlle Sbresny embarks on a journey through the world of Fantasy and takes a look at its literary sub-genres. We start with High and Low Fantasy. While the first is the “all-inclusive-world-building-package” and was decisively shaped by Tolkien’s works, the latter is often times more like the black sheep of the family and throws together a wild mixture of action, sex and humor.

Peoples and ethnic groups in Middle-earth at the time of the War of the Ring – part I
Andreas Zeilinger provides us with an overview of the inhabitants of Middle-earth at the end of the Third Age, shows where they lived and which side of the fighting parties they joined in the War of the Ring. The first part resolves around Hobbits and the Men of Bree, Gondor, Rohan and the Dúnedain of the North.

Miscellaneous
Apart from the contents mentioned above, this issue of Flammifer also features a calendar of Tolkien-related events and news from the Society. Marie-Noëlle Sbresny sat down with Stefan Servos, the founder of the website www(.)herr-der-ringe-film.de and talked about past, present and future of the popular fan page. Also included is an introduction of the Norwegian Tolkien Society Arthedain as well as a Tolkienesque travel report by André Ay. While JayKay reports on the rediscovery of one of the most famous photos of Tolkien, Andreas Emmerich takes a look at Middle-earth from an economic perspective. Two reviews and a report from The Lord of the Rings and The Hobbit in Concert round off this issue of Flammifer.