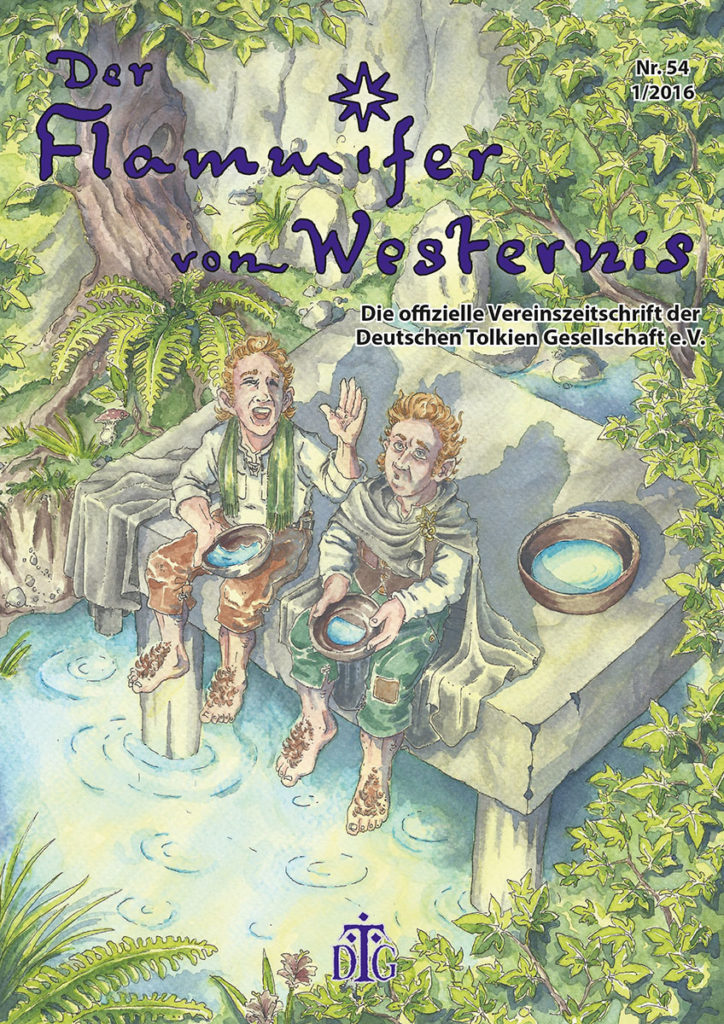 Reaching critical mass – Tolkien Day 2015 in Hannover
Uli Hacke reports from last year’s Tolkien Day in Hannover. From the first ideas to the time-consuming preparations up to the actual day itself, we relive the often challenging, but always rewarding job of getting a project like this going.

First Tolkien Reading Festival in Kempen – a field report
Christoph Ortmann reports from the first Tolkien Reading Festival in Kempen. The colourful programme attracted lots of big and small guests who avidly listened to the Professor’s works. And even though not everything happened  quite as planned, everyone eventually went away happy and content.

Big pipes, big Hobbits – The Lord of the Rings meets the church organ
Annika Röttinger shares her memories of a remarkable concert evening in Hannover. On this special night, selected pieces from both The Lord of the Rings and The Hobbit presented themselves in a new but no less beautiful gown. The world famous tunes composed by Howard Shore were arranged for the organ and are yet another proof for the inspirational force of the Professor’s works.

Workshop report No. 2 from the Inda-Fellowship
Julian Eilmann has exiting news from the Inda-Fellowship. The boys and girls of the workshop decided to take a shoot at the moon and worked on creating and publishing a highquality fantasy magazine. Thanks to the enthusiasm and hard work of everyone involved, Erebor was finally published in December 2015 – with overwhelming success. Issue number two is already in the making and is planned to be published in May.

Another visit to the Shire
Claudia Pertschy starts a new culinary journey around Middle-earth. This time she is loosely following the footsteps of the Fellowship in The Lord of the Rings. The beginning of the journey is naturally the Shire, Tolkien’s literary declaration of love to the landscapes of his childhood. Claudia’s collection of fine recipes seems to be taken straight out of the Green Dragon’s pots and pans – simply delicious!

Religion in Tolkien’s World – Part 2
In the second instalment of his exploration of religion in Middle-earth, Andreas Zeilinger first takes us back to Númenor. Before the arrival of Sauron and the poisoning of the Númenórean bliss, there were no temples, altars or other buildings to represent religion, only one sanctuary in honour of Eru Ilúvatar on the peak of the Meneltarma for silent prayers. After the shadow had fallen on Númenor, the sanctuary was hardly visited and eventually entirely banished by Sauron. Instead, an enormous temple was erected in Armenelos. There human sacrifices were offered in Melkor’s name. How that turned out for the Númenóreans and their false priest is sufficiently known. Traces of religion can also be found in The Lord of the Rings. „Good” and „bad” religions are each represented in the course of the story. It becomes evident that the Valar are still very much present in the hearts of elves, men and hobbits. Often they are revered in songs or called upon in times of need. To the citizens of Middle-earth, the Valar and Maiar are not some other-worldly spiritual beings. On the contrary, their existence is crystal clear beyond any doubt. Some elves who used to reside in Valinor, have even met the Valar personally. Religion in Tolkien’s works is strongly influenced by his own catholic belief. However, descriptions of actual practiced religion in both The Silmarillion and The Lord of the Rings are rare.

Project management in The Hobbit – Part I
Christoph Ortmann gives a detailed account of what the project management of project “Erebor” may have looked like from Gandalf ’s point of view and thus establishes a very interesting relationship between the nearly 80-year-old children’s book and his present-day job as a software architect.

Tolkien’s “The One Ring” und Wagner’s “Ring of the Nibelungs”
Ralf Gröger embarks on the tracks of the repeatedly asked and often discussed question whether the One Ring was inspired or influenced by Richard Wagner’s „Ring of the Nibelungs“. Tolkien himself had quite an adamant opinion about the matter and vehemently disagreed with the assumed parallels of both works. Nonetheless, obvious parallels are there, such as the motif of a nearly almighty ring which grants its bearer a great amount of power as well as equipping him or her with special abilities. However, the power is not given freely and comes at a high price, eventually leading to the downfall of its bearer. The recurring motifs show how Tolkien used names and certain events from the Nordic and Germanic mythologies and reworked them in his own mythology.

Miscellaneous
Apart from the contents mentioned above, this issue of Flammifer also features a calendar of Tolkien-related events, as well as a report by Tolkien youngster Sophie Lemburg, who shares her thoughts and impressions on her first major DTG-event, the Tolkien Seminar “On Fairy-stories” last May. Furthermore, Jörg Heininger shares his adventures at the Lasse Lanta Festival 2014. In addition, Andreas Flügge takes a nostalgic look back at the German championship of the Middle-earth Collecting Cards Game, which took place in October 2015. And on yet another stop on her musical journey around Middle-earth, Heidi Steimel introduces us to the Tolkien-related works of Norwegian composer Martin Romberg. Last but not least, Susanne Rayermann  introduces us to this year’s Thing location, Manor Lützensömmern.