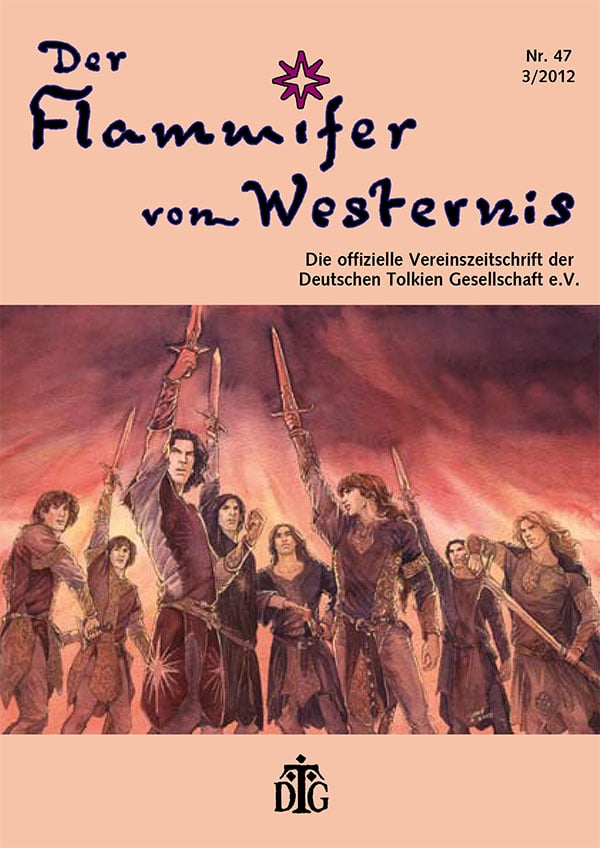 Interview with Denis Scheck
Marie-Noëlle Biemer sat down with literary critic Denis Scheck and learned that fantasy literature is an eminently political genre and that The Hobbit can be read as a satire on capitalism.

Ring*Con 2012
Julia Pelzer provides her account of the annual Ring*Con, which took place on 4 October 2012 in Bonn.

Harad – the Unknown South
In his next installment of Middle-earth history, Andreas Zeilinger looks into the goings-on in Harad. Part Two will follow in the next issue.

Miscellaneous
Apart from the contents mentioned above, this Flammifer also contains a calendar of Tolkien-related events, Tolkien fun and satire, reports on the first meeting of the Smials from the North, the fourth Tolkien Day of the Hannohirrim and a selection of opinions towards Peter Jackson’s adaption of The Hobbit. Illustrations by Jan Giesel, Claudia Pertschy, Gudrun Pohlmeyer, and Anke Eißmann provide us with colourful eye-candy.